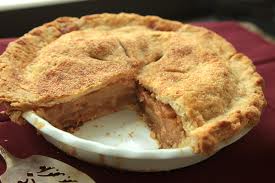 As I sat, waiting on the impending storm, I had 1 kid in the kitchen baking the emergency apple pies (2), and 1 kid sequestered in her room watching ‘Paranormal Activity ‘ on her ipad before she’d be unable to watch anything anymore.

Sandy carried a different weight to it. There was something much more foreboding about it than last years Irene or even that mother of all storms, our 2011 Halloween Storm, and as much as I prayed that Id be wrong and that this whole ‘perfect storm’ thing was being blown out of proportion as compared to blowing off our roofs, I still felt the need, for what seemed like hours on end, to race from room to room just to make sure all windows were shut, the cats were in and the candles and flashlights were neatly placed in each room, over and over. As I tried to write I could see streams of fog being lifted off the lake and hurdling in a horizontal path toward Danbury. No, I knew, this was going to be a big one.

I kept trying to write this blog; I kept spacing out, thinking of pies. I’d come back a few minutes later; my mind wandered towards flashlight batteries. I’d write a sentence, then wonder if I should have duct taped the huge living room window with the only remaining leopard print duct tape. I wondered if we still had all of the Scrabble pieces for later; I wrote another sentence. I thought ‘if I put the beef stew I’d made in the crockpot and just set it out on the counter it would be available to them at anytime even if the power does go out.’

The kids didn’t need me. But they wanted my presence.

I think I needed them, though, and they were hovering, with a low undercurrent of ‘are you done yet?’ buzz, and although I’d weathered this stuff before, now it seemed more urgent, like I wasn’t where I should be. I needed to just stop. So I hung it up, and went and hung with my kids. We baked yet more apple pies and apple crisps, put out the stew, set it on ‘warm’, pulled out the Scrabble game. And waited to lose power. Then waited some more. We watched The Avengers….again, and ok, we then watched a somewhat innapropriate one (another blog post).

On Sunday, in thinking forward towards the impending storm, my biz partner Jennifer Covello and I decided that it made sense to pre-record her segment, my interview of Jen on her topic “It’s Not Chronic Fatigue Syndrome: It’s Supermom Syndrome; Reclaim Your Sanity and Regain Your Joy of Parenting”, and now in the aftermath of Sandy I can’t think of a better topic with better timing than this. Really, you couldn’t have planned it better. Not to take credit for the storm, that would be quite the stretch, but hey, let’s go with this.

With remnants of Jennifers’ words of wisdom ringing in my ears from the day before I thought of her “Save Mom Sanity Tips” #3 which goes something like:

“Perfection is not a way to live. We need to be ok with ok, and we need to “LET GO OF CONTROL”.

I was also suffering symptoms from tip #2 which goes: “You can’t be all things to all people.” Symptoms include: stress, (check), exhaustion (check), inadvertent, erratic snapping, (check), lack of concentration (check, check). In summary-you gotta let it go. So I did.

We ate almost all of the pie, with ice cream, before dinner. We hung out on the couch, we waited for the boom to fall, and it never did. We played Scrabble. We watched Across The Universe again, and fell asleep in a tangled heap spread out over the each other on the couch.

We were incredibly lucky, and blessed, in more ways than one.

Thanks Jennifer. You were right on, once more.