This campaign ties for first place in my book, tying with the Charmin Sit or Squat campaign that launched the Monday Marketing Masters (let’s just call it the MMM) series.

I’ve mentioned this campaign before because I am in such awe of it, but it is definitely worthy of its’ own blog dedication.

Presenting: The Blendtec “Will It Blend” video series: a brilliant and once more, highly entertaining viral video YouTube series starring CEO Tom Dickson as the “blend master and host”. Talk about content!

I talk about it here:

This campaign is a great example of how a more often than not accidental viral video campaign can catapult a company into the limelight and the black. The company’s  viral video series “Will It Blend” on YouTube, in which founder and CEO Tom Dickson blends everything from an iPad to a pool cue, boosted sales at the humble Utah blender-maker 700% in the space of months.

Tom Dickson was asked in an interview in 2013 what the inspiration was behind the Will It Blend Series and he answered like this:

“Will It Blend? was developed accidentally in 2006 by a new marketing director. I’ve always been one to try to break my blenders to find their fail points and determine how I can improve them. George, the marketing director, discovered some of the wacky things I was doing to my blenders, including shoving wooden 2x2s into the jars. With a $50 budget, George bought a Happy Meal, a rotisserie chicken, coke cans, golf balls, and a few other items, and then our video crew made five videos. Six days later, we had six million views on YouTube. Six years, 120+ videos, and 219 million views later, Will It Blend? is considered the number one viral marketing campaign of all time.”

Note the $50 budget. In case you’re wondering what his favorite Will It Blend item to blend was (Tom has since retired) it was the episode where he attempts to blend 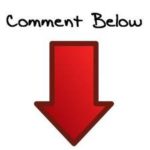