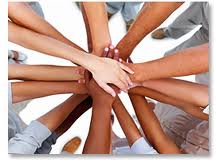 The #1 biggest factor that led to my website traffic skyrocketing within the past year-from a measly 250- ish subscribers to 5 times that last I checked, well ok yesterday, has come from 1 event that I launched with a friend, our Momtomompreneur Now! Tele-summit, almost 1 year ago.

Prior to producing this event, I’d done a lot of homework on joint ventures and what that all meant in regards to website traffic, – how to maximize results from collaborating and building relationships with other “in kind” businesses, but had yet to experiment with the concept.

When I launched Momtomompreneur Now! I thought outside of the box, about who my audience would be interested in hearing from, learning from, possibly buy from or hire as well. You might be thinking to yourself, that’s direct competition! What the heck Suzen?

But I would counter that with the newfangled notion that aside from someone doing the exact same thing that you do, there is no such thing as competition these days. Not if you look at it through this new lens.

We can figure out ways, as the very successful online entrepreneurs have already done, to instead of compete, collaborate, and take advantage of each other’s unique skills and offerings to compliment, rather than compete with our own.

If you pay attention to the growing circle of west coast online marketing guru’s (we’re working on bringing this technique to the east coast but truth is, we’re way behind our west coast counterparts), you will see this practice in action: the same folks promoting each others programs, launches and services, commenting on each others blogs, featuring each other on their own websites and tweeting, posting and otherwise supporting each other all over social media as well as in their email marketing. And not just online marketers. Book projects being collaborated on, live events, and more business ventures that are using the same model and winning, all around.

Why? Because these folks get the power of Joint Venture relationships.

Add to that the great benefit of a newfound partner and respected relationship who now has your back, and you theirs and it makes for a win-win formula all the way around. A year later and I now have relationships with a number of our tele-summit speakers that have continued and blossomed into more collaborations.

If you look at any of the most popular blogs online – you’ll find that almost ALL of them have formed a strategic alliance of some sort – whether it be informal or strategically planned.

This closed-door group is one of the key parts of growing a large, successful blog online. No one gets to the top by themselves. You simply cannot build your business to its greatest potential without also building relationships with other like-minded entrepreneurs.

Members of a blogging alliance help each other in a variety of ways:

* Commenting on each others blogs

* Linking to each other

MomtoMompreneur Now! grew my list, and the lists of our JV partners as well, because each one of our speakers took it upon themselves, with a little guidance from us, to spread the word of the tele-summit to their own lists, Facebook fans and Twitter followers, promoting both their appearance on it as well as the tele-summit as a whole.

There were 6 speakers, so you do the math. With some of them having lists in the thousands, our tele-summit was now being exposed to thousands of people, many more than would have been possible if we were just promoting to our own followers.

In this model, each speaker had the opportunity at the end of the interview, to plug a program, book or class that they were running, at a discount  (usually) to our listeners, and should the program sell, we had an arrangement in place that allowed for a percentage of the sales to be split with us, the hosts.  Even if the program did not sell, each speaker had the chance to grow their own lists because 5 other participants were plugging the program.

The power of a joint venture, or affiliate arrangement is enormous, and if orchestrated well could be the single biggest factor in growing your list, and traffic to your site.

Make friends online (and off), form relationships and strategic alliances, think about how you can add value to your audience by offering complimenting services – there is power in numbers and in relationships!