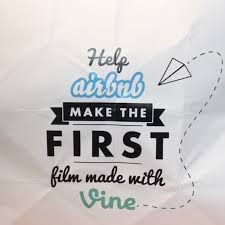 This campaign was a double whammy:

Founded in August 2008 and based in San Francisco, California, Airbnb a community site for people to list, discover, and book unique rooming spaces around the world online or from an smart phone, has spread like wildfire not just because of its’ unique and inviting concept, but also because it has matched its’ marketing campaign with its’ IT savvy, twenty and thirty something’s, social media rocking, young and hip audience, and invited them in for an opportunity to be part of the Airbnb marketing experience by taking part in an innovative marketing experience.

To advertise the Airbnb marketing concept of showing how everyone is finding their place in the world, the company created an offer to their thousands of Twitter followers that went like this:

The offer, sent out on Twitter,  (duh) which owns Vine, was an invitation to become part of a marketing video, and a movement, by sending in Vines (a Twitter owned app allowing you to take 6 second videos and do…well all sorts of things) , instructed the users to submit scripted shots from all over the world in the form of Vines, via Twitter. They compiled the vines and used the resulting film, entitled Hollywood & Vines, as a TV ad. It is comprised entirely of Vines and is a paper tale..trail… of adventure, discovery and belonging—the Airbnb theme.

Should the submitters Vine be chosen, they would receive a $100 gift voucher to use on Airbnb and would also become part of the feature video, which premiered on the Sundance Channel last September.

Not only was the effort highly effective (thousands of applicants) for the marketing of the edited video, think about how much attention it brought to Airbnb,not to mention Twitter and Vine. It was interactive- inclusive, encouraged social media interaction and to be part of a bigger, important, global picture.

Plus, its collaboration with Twitter, which exposed them to a much bigger audience than they could have otherwise been exposed to, was a win-win for both companies.

Here is the finished piece, titled Hollywood and Vine, which premiered on Sundance channel last September 2013:

Are you marketing to a younger audience? Then I hope you’re making use of what younger audiences use. Vine is a fun, simple and inexpensive way to market your product or service.

Seen any you think are extra special? 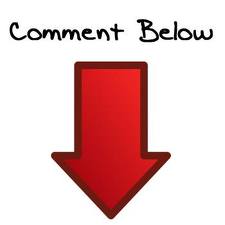